Everything You Need To Know About: Tubes & Pipes 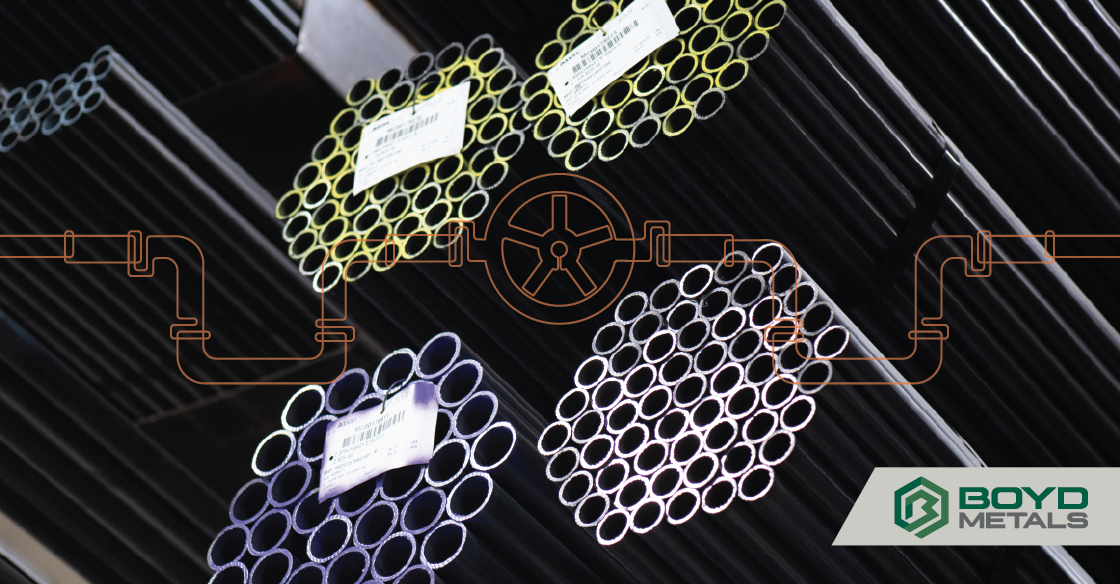 Often thought as interchangeable materials, tubes and pipes are actually quite different. In fact, their differences are critical to understand when working with them.  To help better understand these important differences, we’ve detailed information on both materials, covering  their characteristics, how they're manufactured, and their common applications.

The Difference Between Tubes And Pipes

One of the most notable differences between tubes and pipes is their shape. Pipes are round while tubes come in a variety of shapes, commonly square or rectangular.

Tubes are also typically cut flat on the ends, while pipes usually have a slight bevel on the ends to make them easier to mount fittings.

In fact, here's a good rule of thumb: avoid any vendor trying to sell you "square pipes"... they don't exist! Pipes are also pressure tested and rated, whereas tubes are not, which plays a large roll in how they're manufactured and how they're used.

How Tubes And Pipes Are Made

Tube and pipe can both be produced in a variety of different ways, but the two main processes are seamless and welded manufacturing. 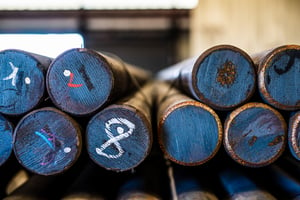 Seamless products are made from bar stock (medium-length cylinders) that is re-heated to near molten temperatures. It is then forced over a piercing rod. Material from the core is relocated and as the cylinder becomes hollow it also becomes much longer. Sound crazy? Check out this animation to learn more about manufacturing process for seamless pipes.

Welded products, on the other hand, are created from flat-roll instead of billets. Long strips of metal are cut and then fed through a series of rollers and shapers that gradually bend the sides up to meet each other at the top of a perfect cylinder. The two sides are then heated with an intense electrical charge and pressed together.

How Tubes And Pipes Are Used

As you know by now, pipes and tubing aren't interchangeable, and for good reason. One of the most important differentiators between tubes and pipes is their application. 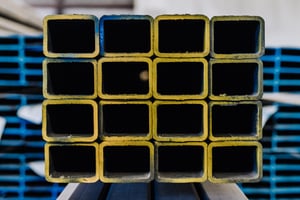 Pipes are commonly used to transfer pressurized substances such as liquids and gases. This is a large part to as why pipes are always round - their circular shape helps evenly distribute the pressure of whatever substance is flowing through it.

On the other hand, tubes are primarily used in structural applications such as metal scaffolding, medical devices, automobiles where the measurement of its outside diameter plays an important role in how it is used.

How Tubes And Pipes Are Measured

Let’s start by addressing the more complicated of the two: pipe measurements. Because pipes are used to transfer pressurized fluids and gasses, the inside diameters are more important than the outside diameters. That’s why nominal (in name only) dimensions are used to describe approximate inner dimensions.

To use an example from our Guide to Pipe Sizes, our 2” pipe has an outside diameter of 2.375. 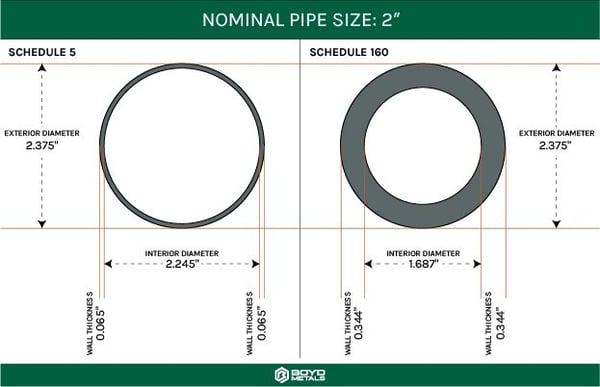 Pipe uses nominal sizes, which are based on approximations - the real differences are in the interior diameter, which is based on the NPS and the schedule.

If the wall thickness of this pipe is ANSI schedule 5, then the walls will be .065” thick, which makes the interior diameter 2.245”.

The same 2” pipe with a wall thickness of ANSI schedule 160 would have walls that were .344” thick, and the diameter of the interior would be 1.687”. ANSI pipe schedules are variable, based on the nominal pipe size.

On the other hand, the measurement system for tubing is based on exact measurements of the outside wall of the pipe. Variations are usually available for different wall thicknesses.

Because tubing is not used with pressurized liquids or gasses, and instead is used for structural applications, its manufacturing tolerances are tighter and the sizing is often more exact than pipe*.

*One notable exception to this rule is copper tubing, whose nominal size is .125” smaller than its actual outer diameter.

Size matters ... at least for your pipes! If you work with pipe often, download our free Pipe Size Guide for a quick-reference ANSI Pipe Scheduling Chart, a guide to pipe strengths, and PVF product list. 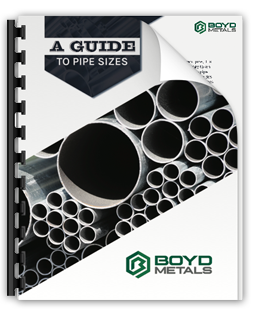 Equipping Our Team: It's Better to Succeed Together

Continuous Improvement in the Metals Industry