Made in America: The Past, Present, and Future of the Steel Industry

The American steel industry has seen a lot over its illustrious history. From its rise following the Civil War, throughout its downfall in the latter half of the 20th century, and now during its current state with new regulations bringing about a trade war within the global market. Steel has been the backbone of innovation and the economic growth of our great nation for centuries.

Today, the U.S. steel industry consists of approximately 100 supply and production facilities, employs nearly 400,000 workers1, and supports the livelihood of millions of Americans. Steel is also the most recycled material on the planet, with over 60 million tons recycled every year. That's more than aluminum, copper, paper, glass, and plastic combined. With technological advances making it stronger and even lighter, steel truly is the material we are using to build the future.

Where did it all begin? Why did it fall so severely? And what does the future of the industry look like for our country? The answers to these questions need to be understood if you want to grasp the current state of American steel. Only by understanding what we’ve been through can we ensure that the future of this great American industry is bright.

The Rise of American Steel 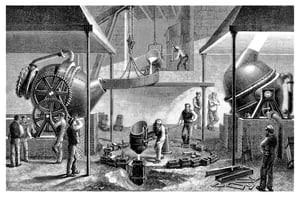 The production of steel has been around for a long time. However, it wasn’t until the 19th century, when technological advances made the production cheaper and the quality of the product much greater, that the manufacturing of stainless steel material became a prominent industry. In America, rich deposits of iron ore around Lake Superior and abundant coal in Pennsylvania allowed for the Midwest to become a hotbed for American manufacturing.

Between 1880 and the turn of the century, American steel production grew from 1.25 million tons of stainless steel sheets a year to more than 10 million tons. And by 1910, America was producing 24 million tons per year - far more than any other country in the world. With the help of major technological advances from the minds of a few great inventors, steel helped fuel the accelerated growth of American cities, railroads, bridges, and factories. 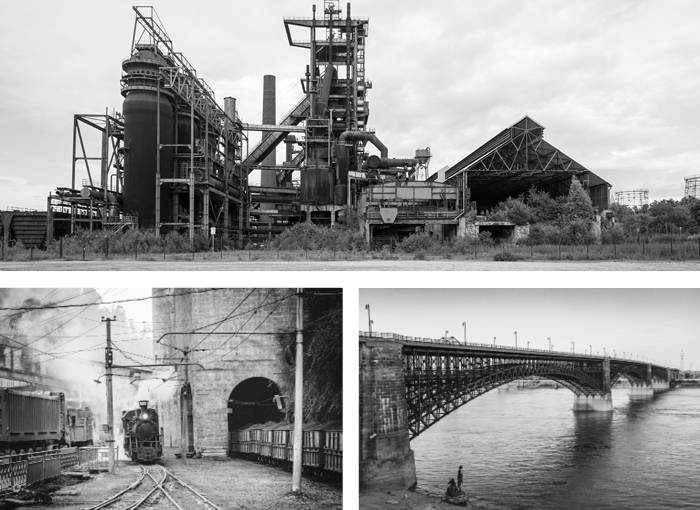 Following WWII the American Steel industry continued to grow at a rapid pace. No industry in the world was more influential or powerful. The world had been devastated by war and the demand for steel was greater than it had ever been. Foreign mills had been destroyed by bombings, and while cities across Europe and Asia were rebuilding, cities across the U.S. were continuing to grow steadily.

We were producing steel like never before, and by 1940 we were producing more than half of the World’s steel. Continuing to thrive, the American steel industry employed nearly 700,000 workers through the 1950s2 and reached its peak production in 1969 at roughly 141 million tons of steel.

These were undoubtedly great times for the steel industry and the nation alike. The country was flourishing, the economy booming, and the future of the American Steel Industry looked very promising.

The End of an Era

Over the course of the 20th century, the international production rate of steel saw nothing but increase. In fact, it grew from just 28 million tons a year at the beginning of the century to a staggering 781 million tons by 19991. However, while the U.S. helped play a major role in the increase of output over this time period, by the end of the 20th century we were producing less than 6% of the world's steel1.

What happened to what was once the most powerful industry in the world?

As quickly as the American Steel industry saw its rise, it began to wither away until it nearly died out completely. This is largely due to a much more efficient process of making stainless steel sheets. The modern-day oxygen furnace, in part with the invention of the continuous caster, allowed for the process to use less work, energy, and manpower than the open-hearth furnaces of the industry’s golden years.

Foreign competitors that were once in the ruin were building new factories and implementing these new technologies. This gave them the competitive edge needed to produce at a faster rate with lower costs. For many of our nation's large mills, the cost of shutting down and converting existing equipment made the transition from the old ways extremely painful. Slowly, American factories that were once industry powerhouses went bankrupt and shut down.

Technological advancements have made production more efficient and some jobs were replaced by automation. From 1960 to today, American steel mills have decreased from an average of 700,000 workers to just 83,000. And within the last 40 years, the productivity of labor has increased more than five times from approximately 10 man-hours per finished ton to under 2.

It was also at this time that the nature of the U.S. economy shifted - moving away from manufacturing goods and becoming more focused on service-centered business. Industries like media, tech, and banking helped shift the tide and bring an end to the great era.

The State of Steel Today

The American steel industry has been more affected by imports than just about any other in the country. Moving into the 21st century, our country was reliant on imports to provide us with the stainless steel material we needed. In fact, we became the largest steel importer in the world1, while only producing a small percentage of the overall steel output. Our role reversal from ‘biggest exporter’ to ‘biggest importer’ is a simple illustration of how quickly the world economy was evolving. 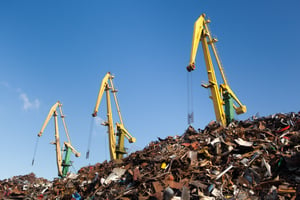 Furthermore, most of the stainless steel sheets that are produced in America is now made in specialty mills or "mini-mills" that use scrap iron and steel as feedstock. This process is cheaper and more environmentally friendly than the traditional method, but without producing steel directly from iron ore, we cannot even come close to meeting the demand that our country has for steel.

The industry produces 106 million tons of steel annually. With recent trends, though, there has been a huge demand for steel and low inventories, putting pressure on the consumers to absorb the higher costs. Steel suppliers are using systems like just-in-time delivery and customization to meet customer requirements and demands.

A Glimpse Into the Future

Steel has been around for a long time. However, more than 75% of the types of steel we use today were developed just over the last two decades3. The process is now far less driven by labor and more dependent upon technology. It is technology that has fueled these major advancements within the industry. We have made incredible strides in reducing the amount of energy required for production. Since 1990, the industry has seen a reduction in energy usage of 32 percent and a 37 percent reduction in greenhouse gas emissions. Safety has also been greatly improved thanks to technological advancements. 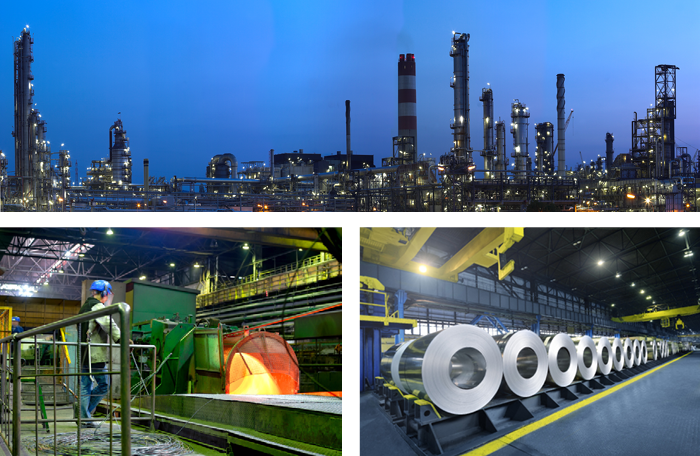 The demand for stronger and thinner materials continues to increase as the demand for construction and pipe-grade materials increases. There is a promise for investment in the U.S. steel industry relative to its volume of production and as technology continues to improve and impact the future, we believe that the industry will only become stronger and continue to grow.

Stainless steel, the backbone of many of our cities, supplies materials for bridges, skyscrapers, railroads, and the automotive industry will continue to be an essential part of American lives. With smart cities, sustainability, and energy efficiency becoming popular throughout much of the world, the steel industry continues to make improvements in its ability to provide high-quality products to meet the ever-evolving landscape, both nationally and globally.

What does the future hold for steel? It's hard to say. The industry is facing significant challenges, but it has also shown a remarkable ability to adapt and change with the times. One thing is certain: the next few years will be crucial for the steel sector. 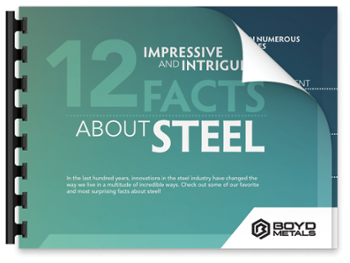